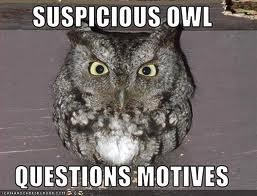 This shell game of moving money around is so old.

I am married to a 30 Veteran. Supply Tech (Logistics). Nothing ever happens without good logistics. She used to work with multi million dollar DND budgets during the First Gulf War.

If you think for one second that the Military can't move to fix something if they are given the OKAY, you are sadly mistaken. It is that illusive individual who gives the authorization to move on something, who needs to be identified.

You can't blame the Military as a whole. They are highly trained and very efficient at getting what they are told to do, done.

What we are left with is exactly who and why we have this hold up in staffing.

I used to fly the Prime Minister. Things I did such as meeting arrival and ramp times, were timed down to the second. I was told to make it happen and I did.

My wife was a supply tech at National Defense Headquarters for the first Gulf War. We needed Night Vision Goggles and we didn't have them. The goggles were found, bought and delivered immediately.

You find that person, hold them to account and watch the cards fall. The Senate scandle, is a good example for us all to learn from. Don't let that issue die or go away!

Shame on the individual who is letting other humans die because the treatment they needed, was not available. If this person thinks they are really pulling one over on the public, they are fooling no one.

I would not want to be anywhere near this person on judgement day. Sleep well.